Show me some routes

Working again a little bit on MUIMapparium. I want to include some more features before the next Release 0.5. I included marker for the plot which is then also shown as little triangle in the map. I’m not really satisfied with the colors and visibility of the current open track and marker for the point maybe I get a better solution later. The marker is atm. only one pixel wide, in principle it would be possible to make it 2 pixel or 3 pixel, but that looked a little bit too massive. 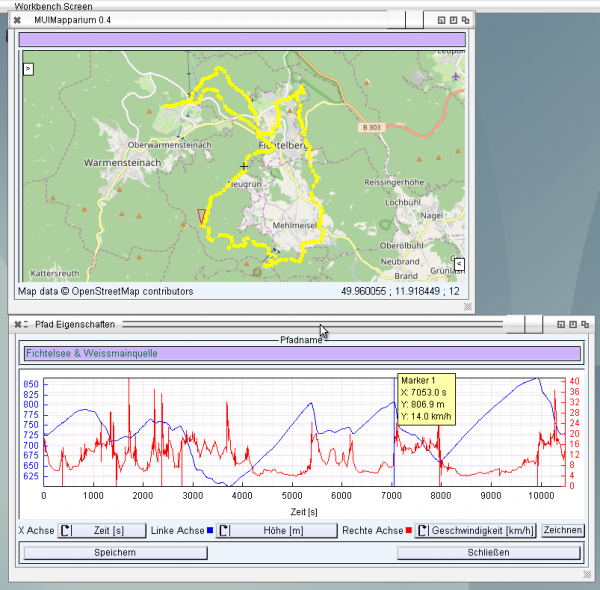 Another thing I wanted to include for the next version are calculated routes and maybe also photos with EXIF tags. If this is done MUIMapparium has the same Featureset as Mapparium, even a little bit more. I started with Routes which is not very difficult, some routines even can be reused from tracks drawing and so on. It only loads tracks from gpx files currently (created by Mapparium for example). The creation of a new route will be the next step. 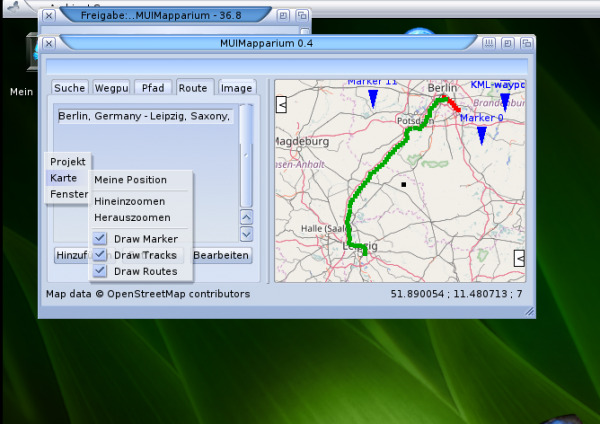 Also visible in the image is the new possibility to disable all Marker, Tracks and Route drawing. Helpful if you have many items and want to concentrate on the Map or so (or just to increase the speed).