Still playing with Datatypes in principle not so difficult, maybe could make it a little bit easier with some wrappers. The Datatype system even take care of scaling the image to the actual screen depth and dither the image if needed.
Until now MUIMapparium need a 15Bit+ Screen because I use Cybergraphics functions to draw the stuff to window. But when loading the pictures with the Datatypes it would even run on an AGA screen with less colors.
I gave it a try and the first version works rather nicely. 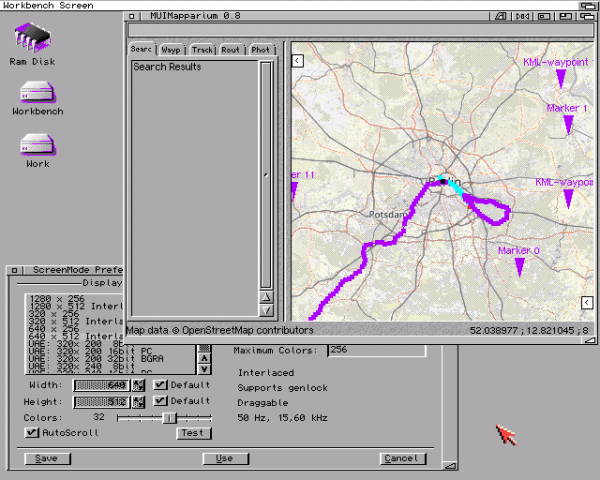 MUIMapparium on a 32 color Workbench

Of course it’s just a ugly hack until now, not at all optimized and maybe even crashing or eating memory. But maybe worth investigating a little bit as alternative.