Compiled Besen for Amiga and MorphOS, some more small changes needed (mostly because for both CPUs no jit compiler is available). On MorphOS the it fails with a senseless error message: expected identifier found „“. when checking the position, no error to be found in middle of a parameter definition. Increasing the stack before compiling make it work, little bit strange, thats the first time fpc compiler need a bigger than normal stack (which is 256k defined inside the fpc code). It works nicely.
On Amiga the compilation was much less problematic, but the Exe do not work completely already gives error message on boot up about not initialized variable… most example sources only give this uninitialized variable error message, only this number guessing „game“ works. Little bit strange, maybe some m68k compilation problem? 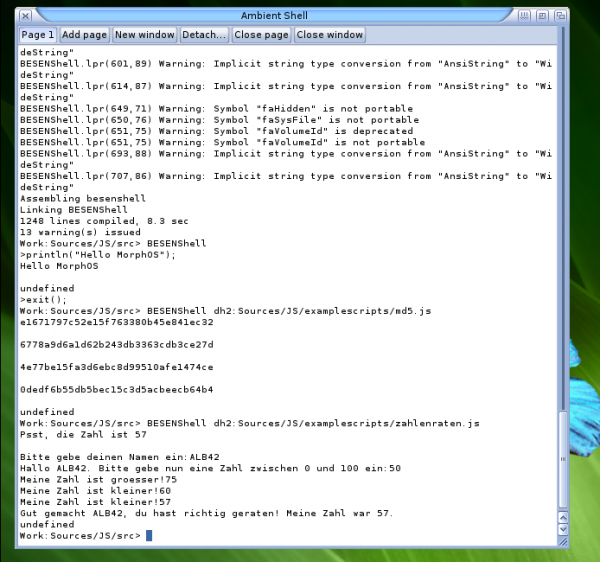