After the compilation problems are solved, it is also possible to compile and use EdiSyn (finally a good editor in ARM-AROS :-P).

So here it is, same case as for Mapparium, it’s a special version for ARM-AROS (0.55). This new Version has already some advanced features like reload last open files (also remember the line the cursor is placed) 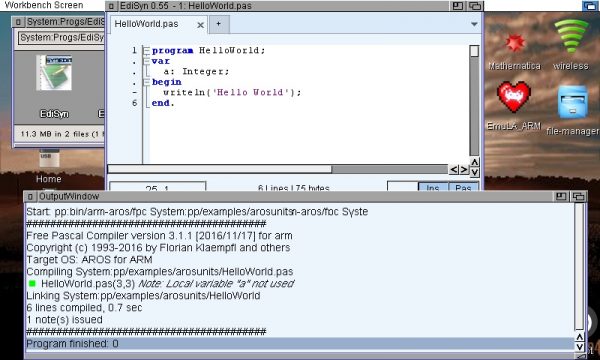 I found the reason Mapparium, Edisyn and some other application crashed. All things have to be compiled with “-CaEABIHF” to make sure all sources use the same way to transfer floating point values. The -dFPC_ARMHF is only needed by the compiler, the ABI has to set for every other compilation, so I added them also to the fpc.cfg, fp.cfg.

I created Mapparium Release, with the latest not official Release 0.7 which already has some basic GPS Support (position only) and the Zoom and Find me Buttons are moved into a small menu inside the map (like google maps and open streetmap webpage also have). The menu can be hidden if this disturbs someone 😉

Releases for all the other Platforms will need more time. 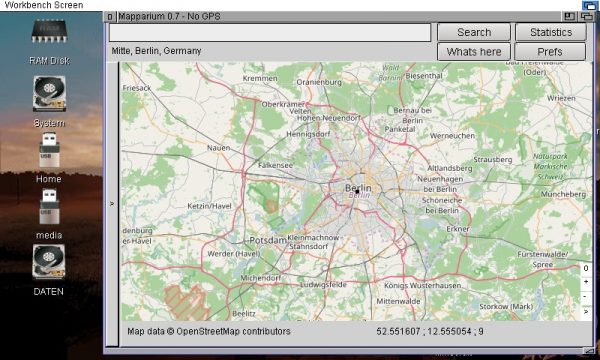 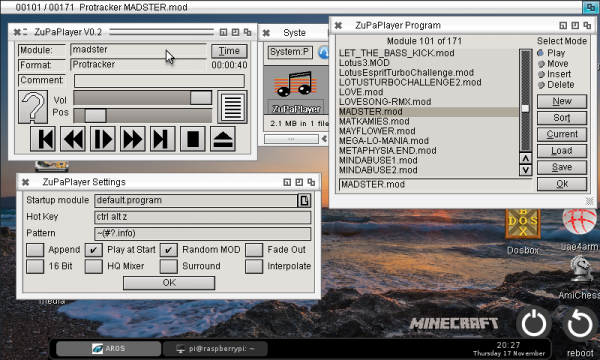 Added a settings window to ZuPaPlayer, the most things are working already, at least what I need 😛 hotkeys and menu is not finished but the rest works already very nice. Maybe I should check some other MUI applications how Hotkeys are made MUI/Zune style. I’m still not very satisfied with mikmod, maybe it would worth a try on modplug. Nevertheless if someone is interested here is the current state. It’s early version so it is not complete maybe crash or strange behavior. 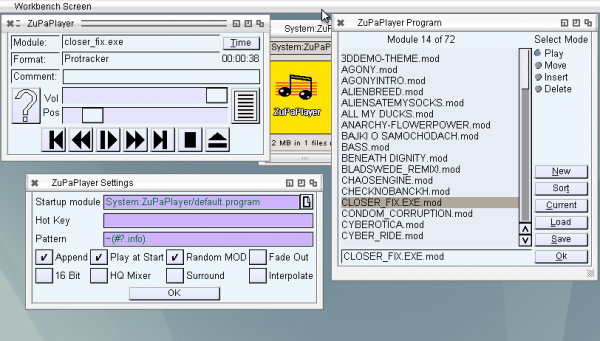 Worked a little bit more with GPS. At Aros-Exec, someone was so kind to test and other GPS with the program seems he also found one which works.
I put all things together and added some more debug output. In principle its still only a tool to learn how to operate GPS devices to build to Mapparium later. But in fact it’s also a nice little tool to play with. The record track function was so easy to implement so it could be a more lightweight tool to record Tracks, instead of the big Mapparium. It even works on Amiga without GFX-card (unlike Mapparium). 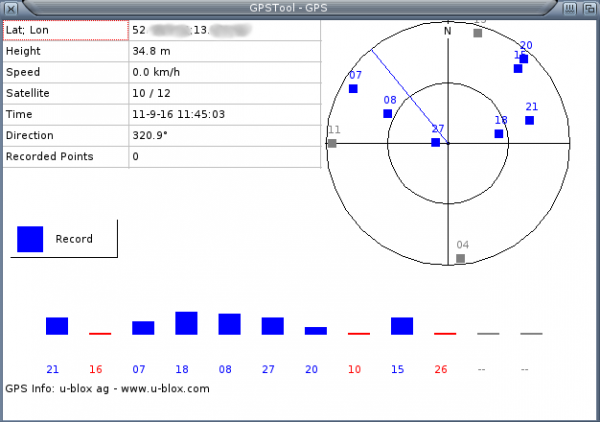 It got an own page, on the Mapparium page it would be too messy. But I don’t think they will be much updates on the little program, maybe later I will clean up a bit and put the source to github.

A new Mapparium release bring the image position showing to public including some AREXX commandos for it. But there are more changes. Finally I added a Menu for the Main Window. There are some problems with the menu on MorphOS, and I want to prevent bug announcement about this. I should really again try to find a clue about it. Besides this added overall statistics.

The new Mapparium has some basic route calculation support. I found two usable services, YOUR and OpenLS. Both have positive and negative sides, YOUR is much more reliable but only support the orders as text without coordinates where the direction order is active. OpenLS had on my tests some speed issues, sometimes very slow, even 1 day offline as it seems, but it supplies orders also with position informations. 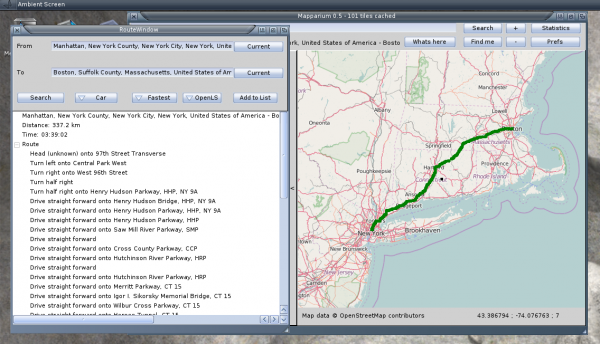 New Version of Mapparium for all Amiga systems.
Most important changes are, AREXX Port (not available on AROS, due to Zune restriction), Find by IP, Check position, localized search and support for Garmin FIT data. Have fun for me it works already better than my other route inspector programs, I also use it on Linux as my default. I just notice when adding many routes it becomes a litte messy, because the start of every route is the same, maybe I need an option to hide routes from the view.

Strange problem appeared with Mapparium on AmigaOS4, all texts are invisible. The funny thing: on my UAE and the OS4 computer at Amiga meeting it was working, difficult to debug. But thanks to some guys at amiga.org I was able to solve it. First I thought it was some Font issue but then I found an informations about color setting in AmigaOS4 and that the given color also contains an alpha value and this was of course always zero for my setting now. MorphOS/AROS/Amiga does not need there a value. And after a failed try (I missed one call) I got a positive feedback from Amiga.org.

Besides this I fixed some little things and implemented Garmin tcx reading (also a xml format but seems only for tracks). Because of this I decided to make a new release for all platforms not only for AmigaOS4 and called it 0.3.

OpenStreetMap viewer for all Amiga systems.

New version of Mapparium released this time for all Amiga systems. (Also for m68k Amiga, take care it needs a GFX Cards and a FPU to work).

Check out the Mapparium page.