I found out why some elements at Amiga/MorphOS are not shown (like the scrollbars and comboboxes) it seems that MUI has very tight size constraints usually MinHeight = MaxHeight. And MUI is rather picky, if you give a bigger place at layout hook, it does not paint anything. I do not understand why a Button needs this tight size constraints, maybe I want bigger buttons.. but ok, not a big thing.. I will try to implement that also in the AROS LCL and maybe should check how to use the LCL constraints. 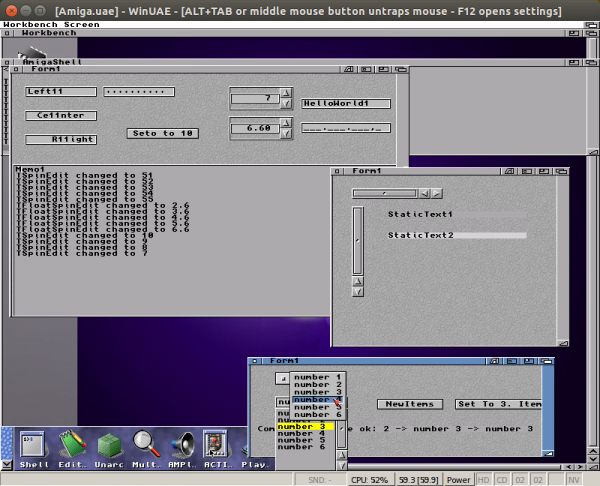 The second good thing is that the crash at close is disappeared at Amiga OS, but at MorphOS its still there, so I guess the issue is not solved. I will write an other test program to test the dynamically creation and destroying of MUI elements. But in principle one could think about a lcl AmigaOS release (its already much more than the first AROS lcl release 😉 )