As long I’m working very much with images at the moment and the internal tools of AROS seems to have some problems with some special BMPs I wrote a little own Image Viewer for me (a little bit with IrfanView in mind)
At the moment I only opens BMP, ICO, JPG, PNM, PNG maybe later will add some more, I remember I had a very nice image library which compiles out of the box on AROS, could be used then for TIFF/TGA and so on as well (maybe even IFF?) 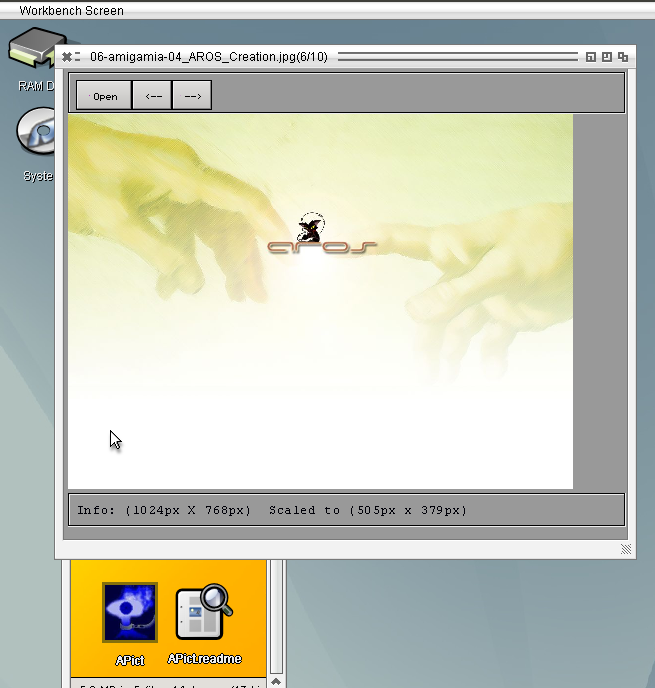 Until now it is no AROS specific things inside, but maybe would be a nice thing to make an example Datatype loader in pascal language. But atm for my needs this is more than enough to fast browse through my images saved in one debugging session