Today I cared about the Clipboard in aros, how to get a text from there and how to put a text here.

I should say it was not that difficult, but only because  I had a example source code in C functions toClip and fromCli. But first I had to create an iffparse unit because the informations are saved as IFF in the clipboard. Has the advantage that you can everything what you can transport via IFF format, so pictures, sounds and of course Text.

The first function GetTextFromClip was really simple and worked directly, PutTextToClip in principle the same easy task but it didn’t work always end with error -6 on PushChunks. I compared all calls and variables but all seems to be correct. Then I tried to make copy paste in editor but there it also didn’t work. So Something was wrong with AROS self. After a restart of AROS both routines worked very nice, strange like always.

I will put both routines into Clipboard unit for easy access from fpc programs. Perhaps later also make a version for images.

As first test I added it to the FP IDE, there is already something prepared for windows to get the Clipboard from Windows. 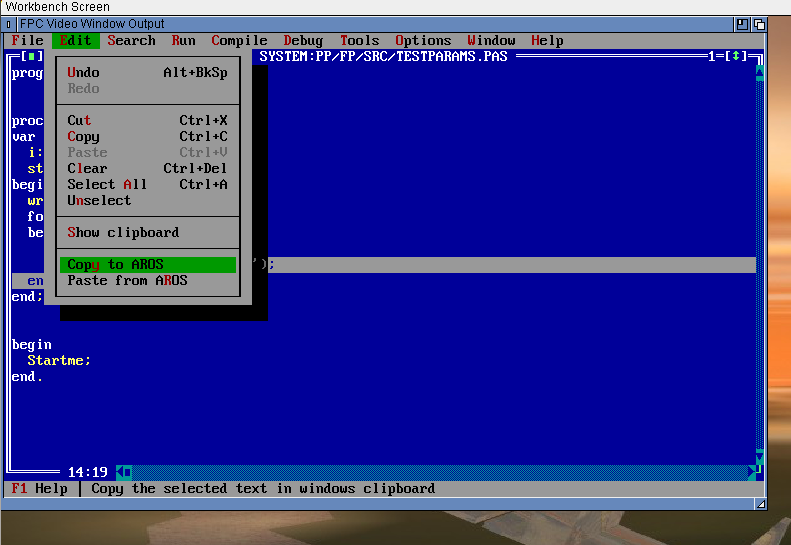