There is a Window inspection tool in AROS called WiMP sadly it does not show Parent relations for the windows, which i use now intensively.

So i wrote an own program to inspect the windows also bring them to front an paint a red border on it (see screenshot) and show properties (especially the IDCMP flags and flags as Text not only as number). 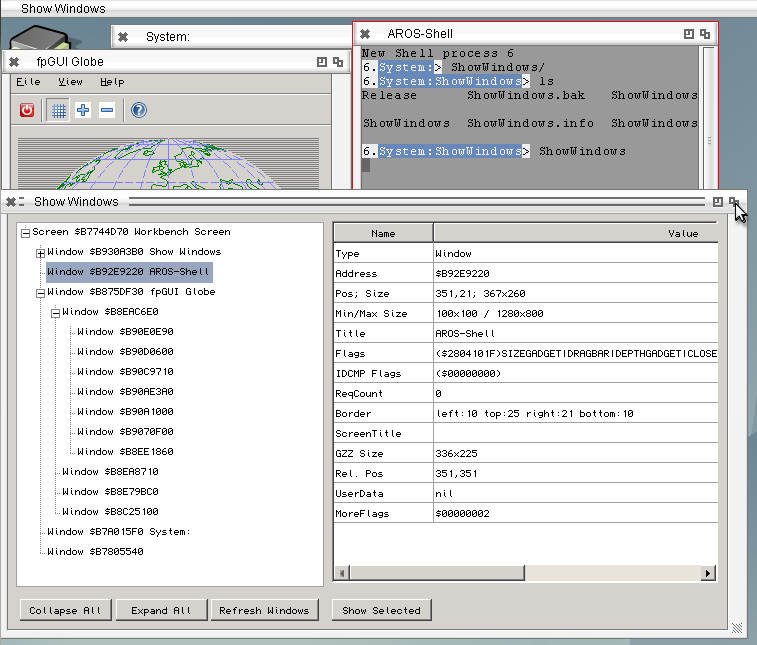 It was a good way to find bugs. Some small I fixed already. A big one hindered me to write the program directly in maximus compiled on AROS. Some keys seems to send a double key to the GUI mostly when Shift is pressed (for example Shift-L seems sends also the key-up to the gui so the cursor goes one up then write a big “L”), need to debug. but besides this problem it worked rather nice. Also the UIDesigner worked rather nicely to place buttons, edit properties, even movement of items is very slow and atm. its not possible to delete items placed (have to check why).

The Source is included of course.