I noticed that the official released AEROS for Raspi is named as ABIv0 and the Nightly I used is ABI_WIP (see screenshot some days before). hmm are there differences between this two, so I installed the latest AEROS on my Raspi and tried my hello world 😉
And, it works, without any problems, or crashes. 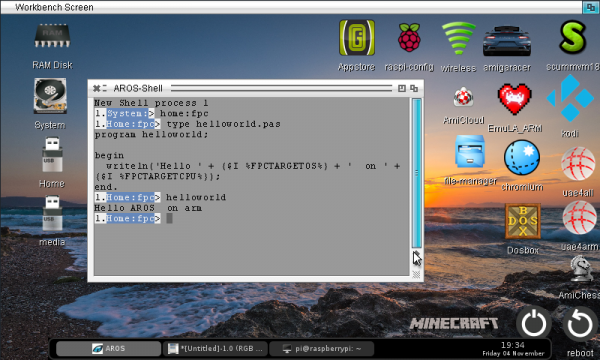 Freepascal on latest AEROS for RPI2

Maybe someone noticed the rather strange format of my screen shot, which is 800×480. Thats a special touchscreen display for RasPi. The RasPi can be connected with a foil cable to this display and the touch works as mouse move/click. In principle it can also do multiple touches and so on, but I didn’t install a driver for it. 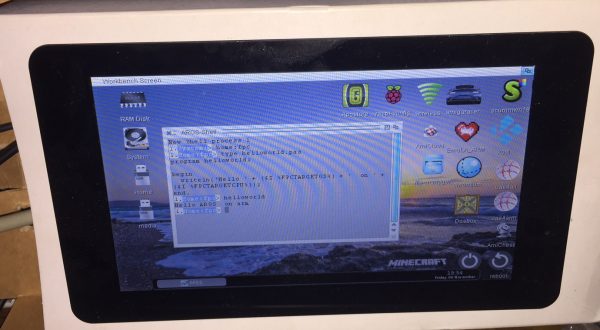 The RasPi is installed on the back of the display and all is put into on side of the delivery (paper) box of the display. In reality the picture looks perfectly clear and sharp, its just the camera interference creating this stripes.

For Aeros this screen resolution is a little bit too low, some icons are outside the visible area, some programs do not work well (Emula for example), but for my needs its ok.
Maybe I install some smaller icons then it should be much less of a problem.