I started a bigger evolution task for the LCL implementation. The cleaning of the codebasis and maybe also a litte preparation for the other platforms. I started with some hint removal and an easier implementation of EventHook connecting. I hope that way I can rid of some very old code from the MUI-LCL implementation start in 2011. I think later I will implement an own Tag Handling system for LCL which then can work for all three Platforms together. So tagarray and longarray units can be removed from the uses sections.
And with it some more debugging of course. In Lazarus the dependency views now working as expected. 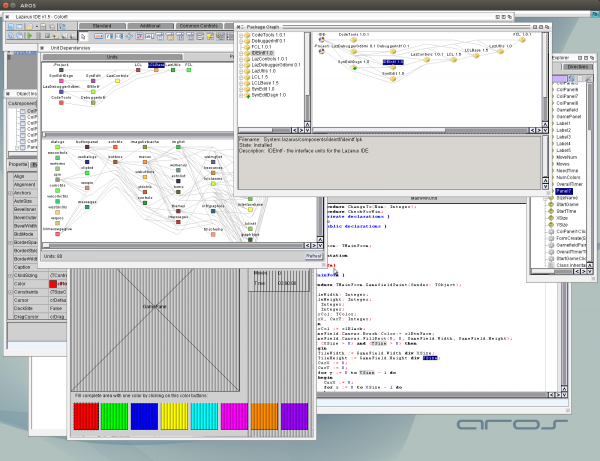