I played a while ago a funny tiny game on my phone called 2048, really easy concept but makes fun to play. So I wrote an own game for AROS which is inspired by it really easy and nice to program.
Its called BinShifter Bin because of Binary numbers which results from it and shifter because you have to shift the blocks around. With the arrow buttons or cursor keys you shift all blocks to one
direction. If two blocks with the same number are stacked in this direction they are added together and you earn points. The maximum number for one block is 4096 (like the numbers of colors
of the original Amiga ;-)). The game ends when no movement is possible. 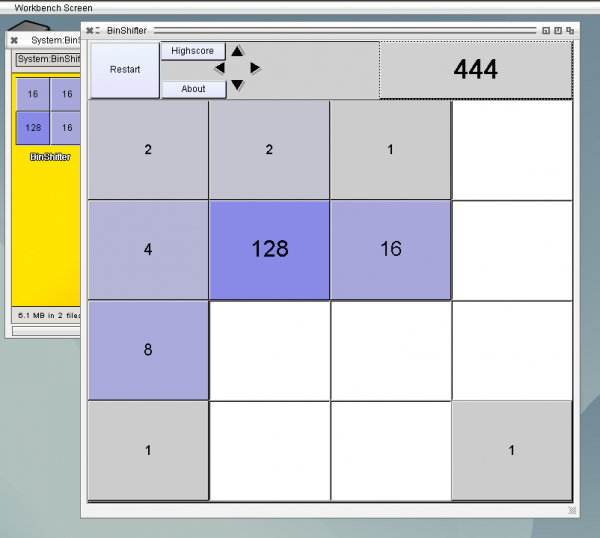