Until now the Combobox was only a fixed combobox, so only DropDownList ComboBox. But the DropDown Combobox where you can type new entries is also very practical. I found such a ComboBox in MUI named PopList. But of course it works completely different than the Cycle ComboBox but its not that many functions, so I implemented this second possibility if the ComboBox is marked as DropDown. I already got a request to also support automatic completition for it… but I’m not sure if this is possible with the MUI Edit component which is the heart of this component. 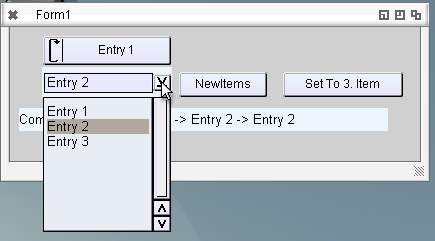